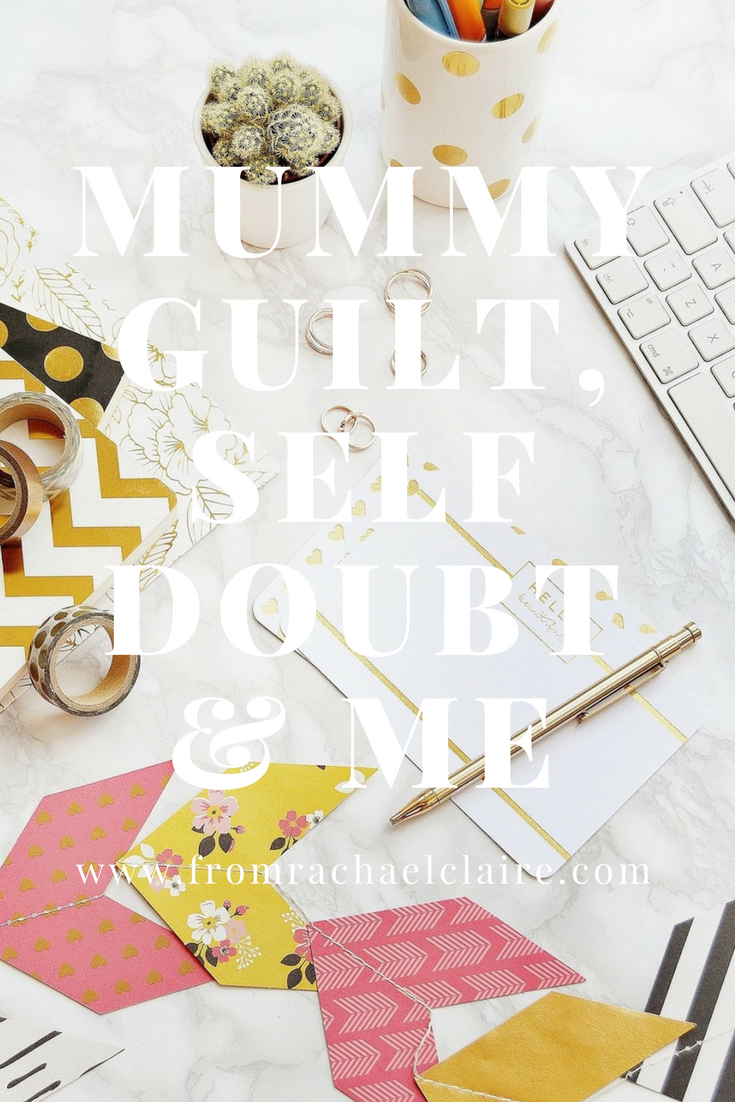 Before I became a mum, I thought mum guilt was saved for when your kids were older and you felt shit for refusing to buy another pack of sweets or buy them their first alco-pop at thirteen (it was acceptable when I was younger, honest..). Turns out I’ve been feeling mum guilt since the day Teddy was born. Guilty because during my three day labour, I remember regretting ever getting pregnant, wondering could this horrible pain really be worth it at the end. Guilty because I couldn’t push him out myself and he had to be helped out with forceps. Guilty because for 24 hours he wouldn’t latch on and in my head, that was my fault for not knowing what I was doing. It’s only got worse as he’s got bigger I spend the days questioning whether I have done enough for him developmentally, guilty because I let him cry for a minute whilst I tried to sort another washing load out and make myself something eat. I go to bed and feel guilty because we haven’t been out that day and we’ve spent the day in our pyjamas. I lie awake for hours going through the whole day in my mind wondering what I should have done differently. He is four months old and we still haven’t been to any baby classes, will that affect him? Group mum activities just aren’t my thing..
Guilty because Aaron has been at work all day and I haven’t managed to do any housework. Although I know he won’t complain, I feel like he shouldn’t be coming home & having to do the washing up or tidy the front room. I am at home all day. There are just days where Teddy will not be put down for love or money and until recently, we didn’t have a baby carrier, so I would just sit on the sofa feeding Teddy continuously for hours (probably not, but that’s what it felt like..) and trying to make a drink in the thirty second slot I had before he would start crying. Or on the flip side, guilty because I spent more time trying to rush around and give the house a clean, whilst Teddy lay on his play mat.
Guilty because I forget to tell Aaron that I love him. Sometimes I forget that we are a couple who are romantically involved, rather than just co-makers of a small attention seeking human. The days fly by so quickly and before I know it, we are all in bed and we haven’t even had a kiss in three days. I know it works both ways but I know he doubts my feelings for him some days. Asking me whether I still love him the same. I don’t know how to explain that of course I still love him, I just forget sometimes.
Guilty because when my girl friends asked me to go out for breakfast on Aaron’s day off, I couldn’t jump at the chance quick enough. I threw Teddy like a damn rugby ball and ran out the door. I loved the freedom of being able to go out with a small handbag, eat my HOT food, not have to get my titties out for nobody and just be.
Guilty because when people ask if Teddy is sleeping through and I look at them like they have six heads…
“Should he be sleeping through? Am I doing something wrong? Is my baby broken?”
Since the fourth leap, we are back to fully co-sleeping and during the night feeds I will sit and worry that maybe I’ve done the wrong thing. I should just persevere and keep putting him back in his crib, even if he cries. Pick him up, feed or rock him & put him back in the crib. Instead I put him straight in bed with me, where he stays all night. Is it selfish of me? I’m doing it so we get more sleep but is that a good enough reason? It took so long to get him to sleep in his crib when he was a baby and stop co-sleeping, that now I feel like we’ve taken a huge step back.
“Why don’t you nap when Teddy naps?” Because we don’t have a routine and Teddy sometimes only sleeps maybe an hour & half, two hours all day, in short 20-30 minute bursts. It’s always when he’s feeding or being rocked and all I read is people waffling on about self-soothing.
SELF SOOTHING?!
Teddy hasn’t self soothed a single day in his life. He looks at you like you’re off your tits, as if to say “Either put a boob in my mouth or rock me sweetly, but don’t ever put me down again..”.
Maybe it’s time to accept the mum guilt? Surely if you stop feeling guilty over the slightest things, you’re the perfect mother who does everything right & I hate to break it to you (if you are one of those mums) but no fucker is perfect. It could also be a sign that you’ve stopped caring, caring about being a mummy or a partner. Which I honestly hope is never the case.
Maybe it’s time to embrace the guilt, greet the self-doubt like a relative that you really can’t stand but just have to accept that they are going to rock up unannounced every once in a while…