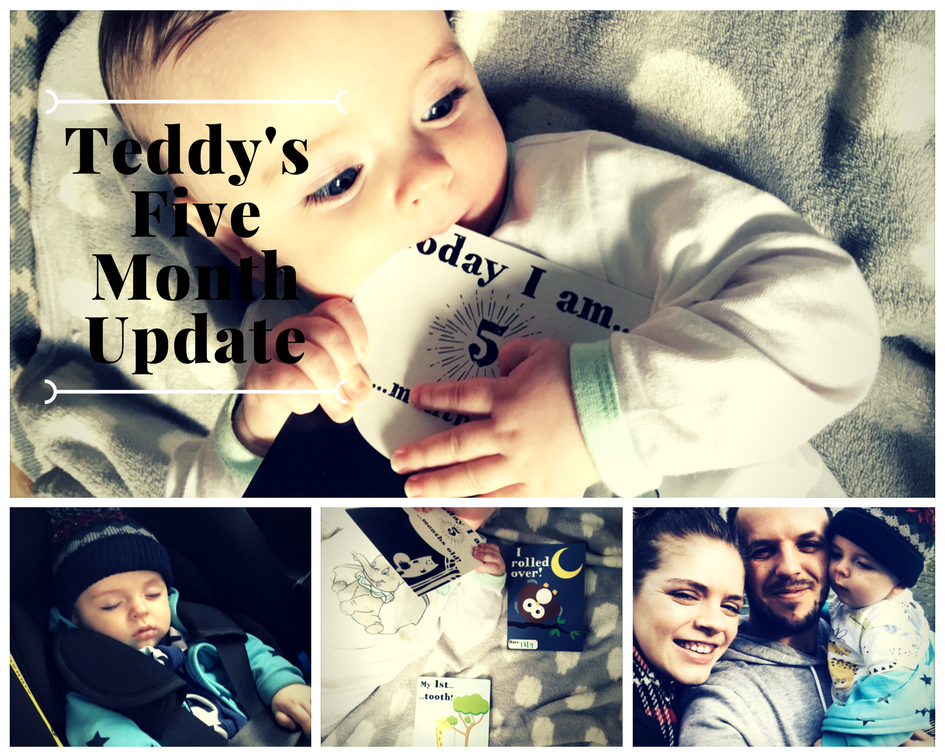 I know I say this on every single one of Teddy’s updates but where the hell has the time gone?! We’ve had such a lovely month and I’ve noticed such a change in his personality and abilities. He’s discovered so many new things, giggles at the silliest things (usually when his Daddy talks to him in a really high-pitched voice..) and is growing more curious by the day!

This month Teddy is desperate to be on the move! He is rolling so much, you can’t turn your back for a second before he has rolled over and then starts stressing out because he is stuck and can’t roll from front to back yet. He’s also ready to be sitting up and although he can manage it for a couple of seconds, he then falls forward and starts sucking his toes (don’t ask..) or will fall to the side like a bowling pin. He is so strong, with his head & back control so I know it won’t be long now.
He has also started interacting with his toys more, grabbing them from the side or off his play mat. He also smiles and reaches for a toy if you hold it in from of him. 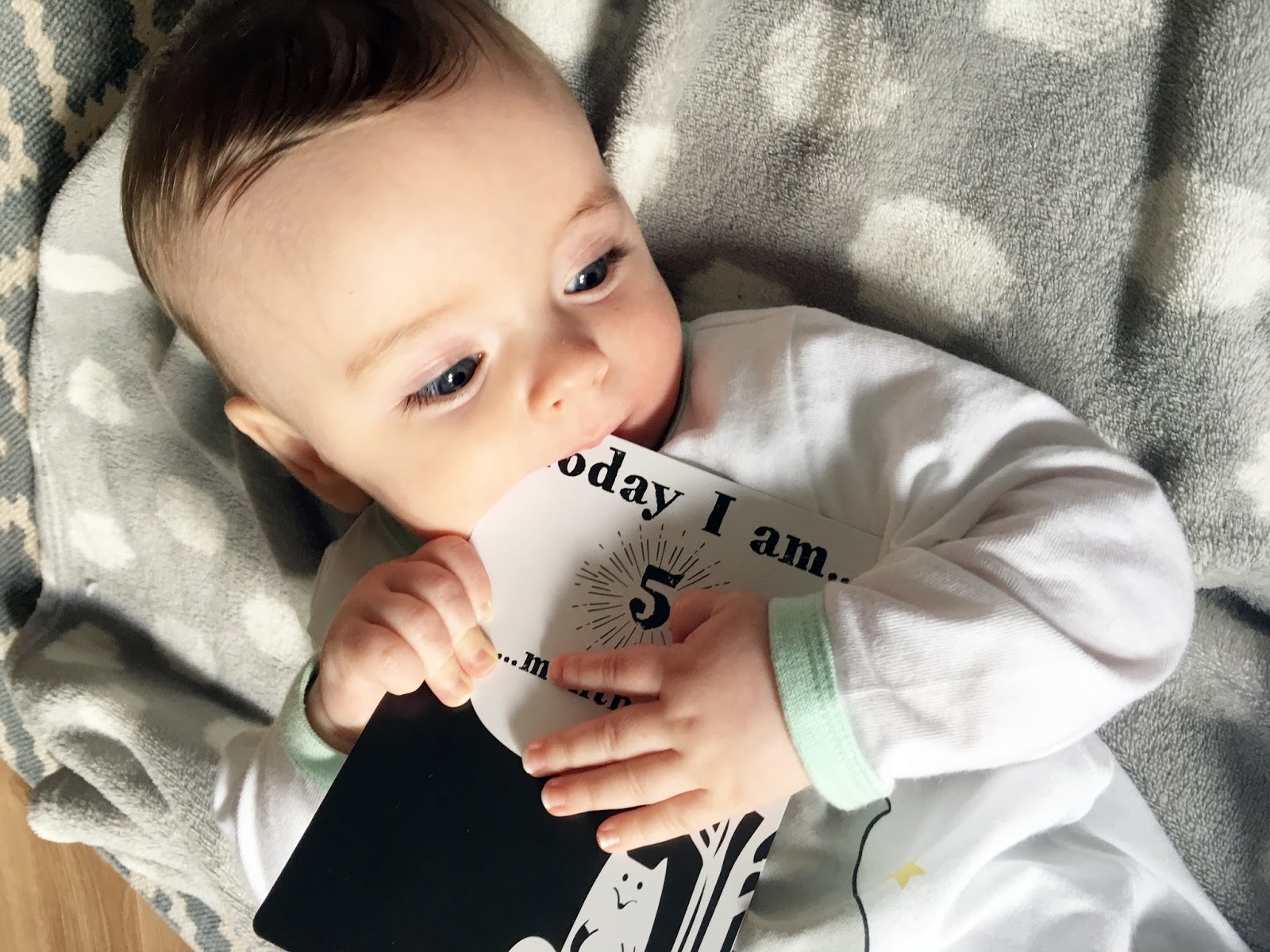 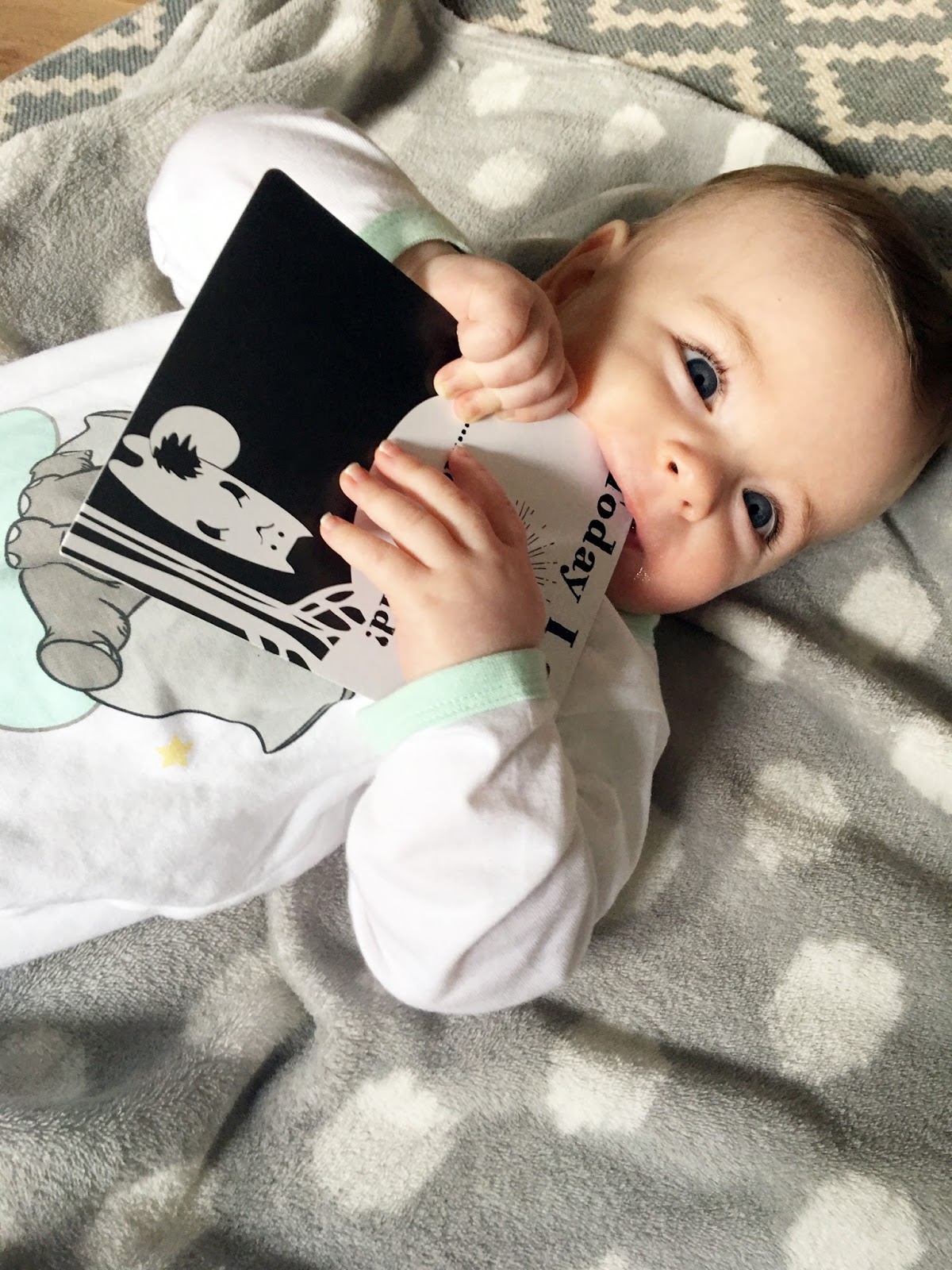 This month we have been on our “First Family Holiday” to Wales and he had such a lovely time. We went swimming almost every day, out for long walks and lots of quality family time. Teddy is still such a water baby, he absolutely loves kicking his little legs and being splashed down into the water from a height. We have actually just signed him up to Ducklings swimming lessons which is brand new to our area and look amazing! He has his first lesson on the 31st October and i’m so excited.

This month has definitely been the month of teething. They are really bothering him this month and just seem so sore, especially at bedtime, so we have been giving him calpol and the Ambesol liquid which I can’t recommend enough. It really helps settle him and as soon as we put it on, you can tell he is instantly soothed. 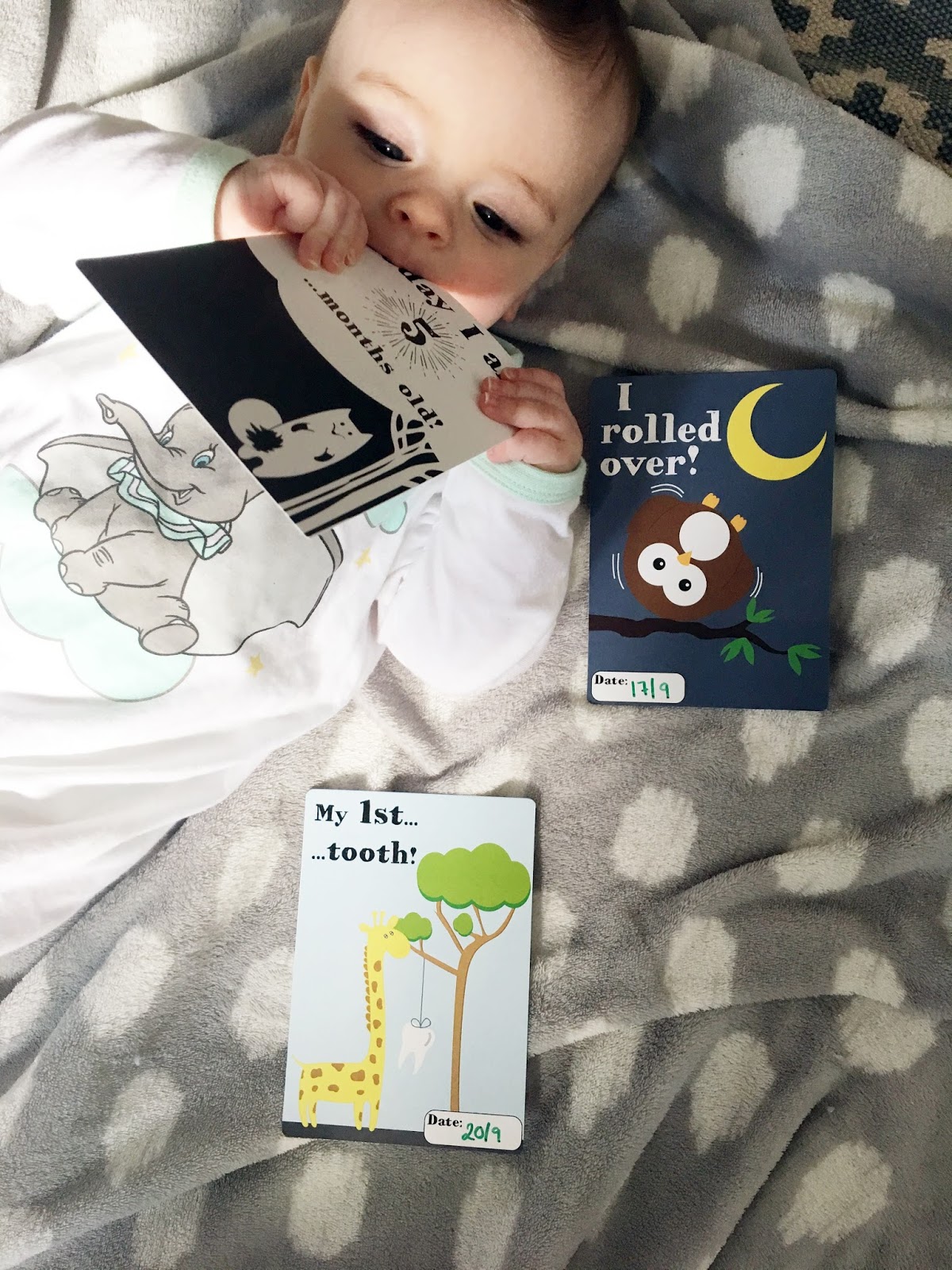 Feeding:
Still exclusively breastfeeding and going amazingly. We are trying to introduce him to a bottle again as we stopped giving him one for a while and now he won’t take one. It’s our own fault really. He will drink half and spit the other half out, blow bubbles with it, ect. We had him weighed last Wednesday and he now weighs 15lb 5oz!
We have also started collecting things ready for when he starts weaning in a couple of weeks! It makes me quite sad that he will no longer be EXCLUSIVELY breast fed and eating proper food. We are planning on doing baby led weaning which i’m really excited about and i’m currently browsing Pinterest and the internet for recipe inspiration and tips.

Sleeping:
Not the greatest, i’m not going to lie. No where near as bad as last month, but still not excellent. He has his bath at about 6:30/6:45pm, then comes back downstairs for his bedtime boob (with the lights off) at 7pm and he’s usually fast asleep by 7:30, however he’ll clusterfeed up until around 9/10pm, then we’ll go upstairs and he’ll go down in his crib until 1/1:30am, where he will wake up for a feed and then he’ll just refuse to go back down in his crib. Where as if I put him in bed with us, he’ll sleep quite happily until 6ish, have a feed & then back down until 8 or sometimes even 9am! Considering last month he would ONLY sleep in our bed, I think having a stretch in his crib is definitely progress! I’m going to wait until he’s fully in his crib before transitioning him into his own room, whether that be in a months time or a few months. I’m in no rush to not have him sleeping in our bedroom!

Teething:
As I mentioned above Teddy has been teething, and now has two full sized baby teeth! On the bottom, right next to each other in the middle. Everything is going in his mouth at the minute and if you are unfortunate enough for it to be your finger or hand, you’ll know about it. Baby teeth are so bloody sharp!

Teddy Loves:
It’s safe to say that this month Teddy is currently loving his willy. He has discovered his todge and nothing entertains him more than squidging it when he is having a bath or his bum changed. What is it with boys and their willies?!
He has also discovered our two fur babies, Flo & Luna! As soon as they come into the room, he starts making really excited little noises and tries to grab them. Luna definitely entertains him more than Flo does..
I’ve just realised Teddy’s favourite things this month are essentially willy..and pussy. 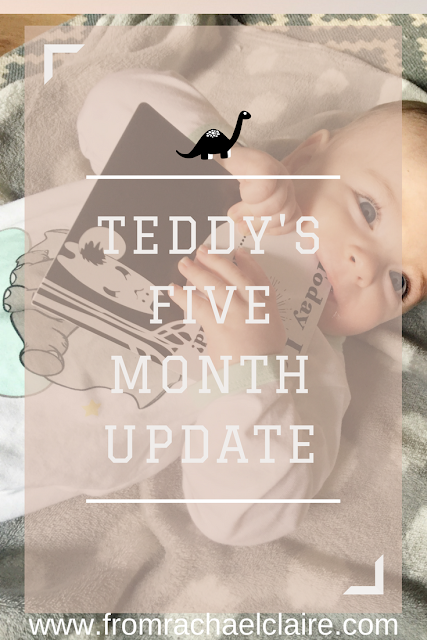