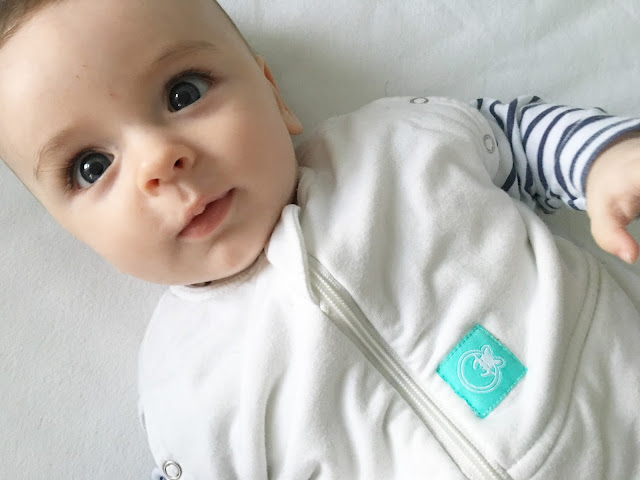 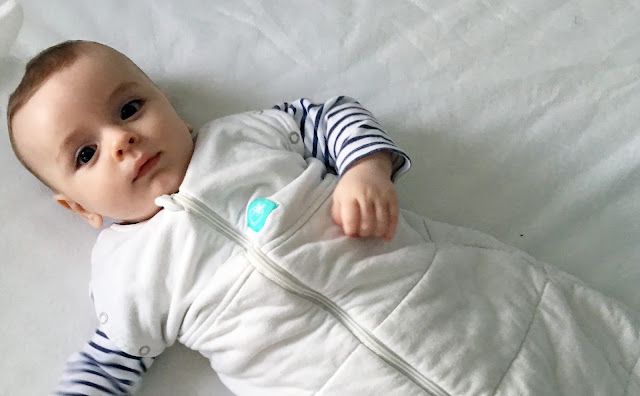 When we found out we were having Teddy, I think we bought pretty much everything we possibly could and we felt fully prepared for all situations. Silly me. I have definitely learned my lesson & know what is a gimmick, what we never used and what we would 100% repurchase. One thing we didn’t get round to buying was a sleeping bag. I’d heard a lot about them & knew they were safer than blankets but I didn’t like the idea of putting a tiny baby in a huge sleeping bag that they could get lost in, I also couldn’t do a swaddle to save my fucking life. Luckily for me, Teddy hated being swaddled so I never had to learn properly. However a couple of weeks ago, the temperature definitely dropped, especially at night time and I suddenly went into panic mode about Teddy getting too cold and decided it was definitely time to get a sleeping bag. We then discovered the ErgoPouch Swaddle Sleeping Bag.

The ErgoCocoon Swaddle Sleeping Bag is the perfect hybrid of a swaddle and a really soft sleeping bag, Teddy has been trying out the 2.5 tog the past couple of weeks and it is safe to say that we are sleeping bag converts!

Teddy was not a ‘swaddle me’ baby. He has never liked having his arms pinned down or wrapped, he likes having constant access to his hands, to either chomp on or play with. The good thing about the Ergo is that it has poppers access at the arms, so you can fasten them and have their hands nicely tucked inside for swaddling, or like Teddy, you can have their arms free and use it as a sleeping bag. 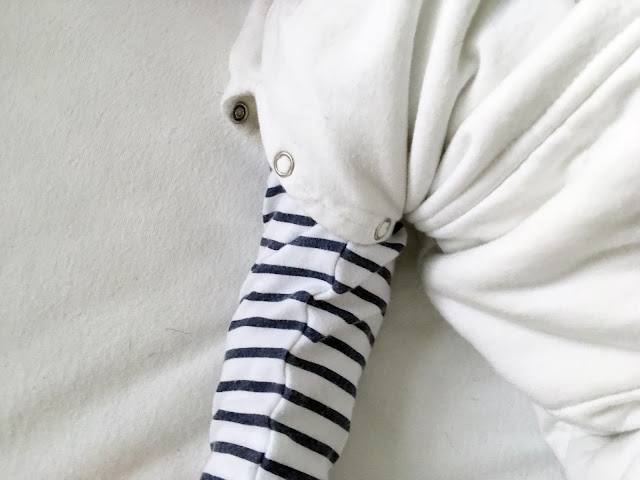 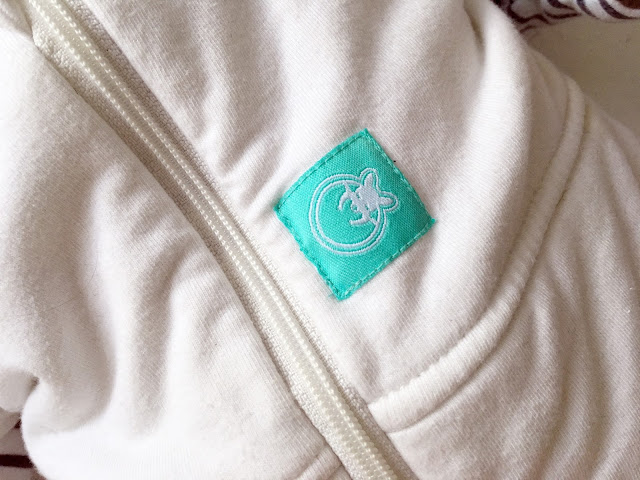 The best things about these swaddle sleeping bags is the safety factor; They won’t get tangled up in their blankets and it also ensures that he’ll stay nice and warm all night.  They also work using a two way zipper, so during the night time bum changes you can just unzip the bottom, and not have to worry about waking them too much, or exposing them to the cold after they’ve been so lovely & warm.

Teddy is quite a tall baby and has outgrown things really quickly! He was in 3-6 months by 2 months old, purely for the fact that his little toes were all scrunched up, touching the end of his 0-3. What I love about this sleeping bag is how generous the sizing is! We have it in 3-12 months and there is so much room for him to grow and it’ll definitely last us a long time, all through the colder months.

I love that the sleeping bag came with its own room temperature thermometer and a guide on how to dress baby for the different temperatures. It is just a laminated piece of card but this paired with his GroEgg has been such a life saver! I honestly felt like such a noob & had no idea what to dress him in, whether he’d be too hot or cold, so the guide on what to dress baby in was so useful.

The sleeping bag is made with breathable natural fibres, and the organic stretch cotton is SO soft. The inner layer is made up on super soft stretch Bamboo Vicose terry at the top and filled with organic cotton a the bottom. The 100% cotton filling really helps Teddy stay so lovely & warm during the night and first thing in the morning when he wakes up and it’s still slightly chilly. It is also recognised as being hip healthy due to the ergonomic bell shaped bottom.

This little egg hasn’t napped all day, except for twenty minutes at around 11am so he’s been on one all evening. – – Took him up to bed at 6:45 & apart from one minor screaming fit (I think his little tooth is bothering him) & a small dose of calpol, he is now fast asleep in his crib ??- – Teddy absolutely loves his sleeping bag from @ergopouch , it’s so snuggly & soft. Perfect for these colder nights ?❄️
A post shared by Rachael.25.?? (@fromrachael_claire) on Sep 21, 2017 at 1:04pm PDT

I worried that Teddy might not like being in a sleeping bag as he was almost four months old when we first tried it, but he loves it! He knows that when he goes in that, that it is bedtime and starts to settle down ready for his bedtime feed. I think when he goes in his own room & starts having more structured naps in his cot, we will also start using it during the day.

There are so many amazing colours, styles and different tog’s ranging from 0.2 tog, 1.0 & 2.5, so there really is a tog for all weathers. The only downside is that the swaddle sleeping bags only go up to 12 months, however you can then move onto the Ergopouch SleepSuits which are another amazing 2-in-1 where you can have it as a full sleeping bag, or unzip the bottom half & it separates into legs using 4 ways zippers.

I am definitely a sleeping bag convert and i’m already eyeing up the different styles in the sleeping suit for when he gets bigger. Do you use a sleeping bag for your little ones?

*This product was sent for review, however all opinions are my own* 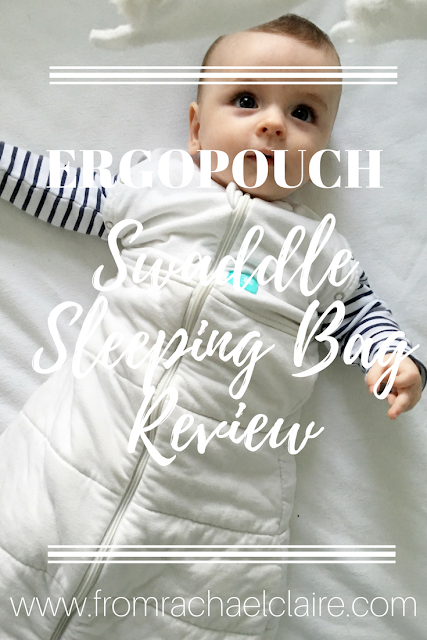