I’m Lyndsey, I’m 31 and I live in Middle of Nowhere, Norfolk! I live with my husband John and daughter Erin. John works for our local council where he has been for the past 16 years and I have just gone self-employed!
From being pregnant to Erin’s birth and then to being a parent, this is not what I imaged it to be at all! I didn’t enjoy pregnancy whatsoever and Erin’s arrival was not at all what I expected. I ended up being induced and she was born early at 36+4 and on New Year’s Day! There is so much that I have learned since becoming a parent, here are 5 of them!

Things I Have Learnt Since Becoming A Mummy

Breastfeeding isn’t everything– Erin’s birth was extremely traumatic. I was induced and ended up with an emergency section which resulted in Erin getting stuck. After putting me back together I got sepsis and e-coli. Recovery was long and I was in hospital for 2 weeks because I had to have surgery again after 7 days.
Being as ill as I was, breastfeeding didn’t go to plan. I tried and tried for days and got myself so stressed and upset because I couldn’t do it. I felt like a failure. My husband was so supportive and encouraged me to swap to bottle feeding to help us all. I learned it’s okay not to breastfeed, for whatever reason.
It’s okay to have questions– For some reason, I sort of felt like as soon as Erin was born I was supposed to know what to do about everything. I must have spent so long on Google for so many different things.
Accidents happen– I dropped Erin was she was only a few weeks old. It was only from a short height after getting out of the bath but I was still recovering from surgery and I slipped. Erin was totally fine and got over it really quickly.

At the beginning of the year Erin tripped in the living room and cut her head open on the fireplace. I felt so much guilt because I was with her when it happened. We had to go in an ambulance and have her head glued together. I was so much more upset than she was!

The thing is, you can’t wrap your children in cotton wool. I’ve come to terms with the fact that Erin will get bumps and bruises and I can’t stop that!

Parenting is not natural– I don’t think parenting has ever really felt completely natural to me. You know when you tell people you’re pregnant and they give you the ‘Oh, you’ll be a natural’ reply? Well, I think they all lie.

Being a non parent is not even close to being the same as being a parent. Your whole life changes and you have to think about everything differently. What part of that is natural?

My child is awesome– 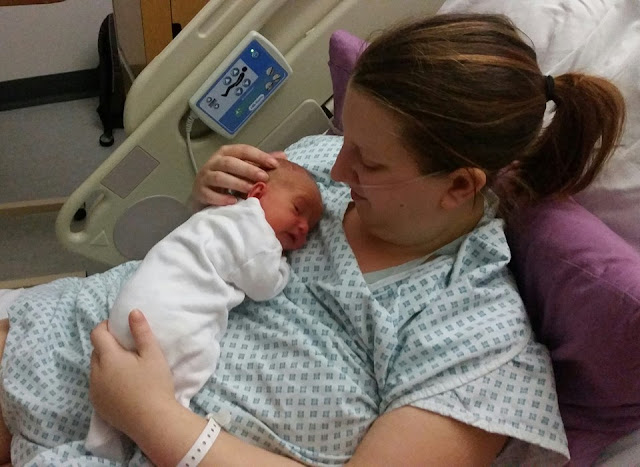 Is Being A Parent Different Than How You Imagined?

Since becoming a parent, my whole life has changed and that’s exactly how it should be. However, parenting has not been an easy transition for me. Nothing has ever really felt natural for me and I struggled with this. I struggled so much that, along with other reasons, I suffer from PND. Erin and I have had a rough journey together so far but I actually wouldn’t change that for the world. I think that the things I have learned so far, and the experiences we have had, have made me who I am today. I am stronger because of all of this now.

I have learned so much in 19 months and I will only continue to learn more.