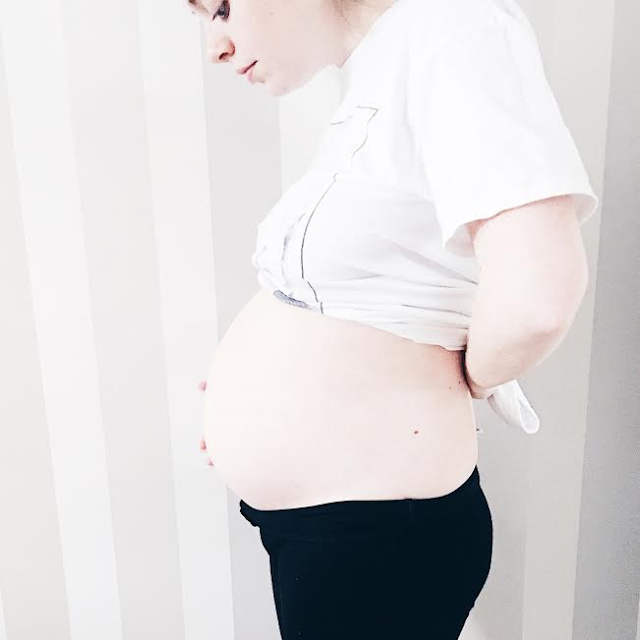 When I was pregnant, I spent a lot of time preparing myself for labour and the early days of motherhood. Making sure we had everything ready for our baby’s arrival was at the forefront of my mind almost everyday. One thing that I didn’t quite prepare myself for was how much my post partum recovery would kick me in the ass. My Sister did let me into a few of the ordeals I would be in for following labour, but I took them with a pinch of salt and figured I would just wait and see…

I thought I would share all the things that I learnt through my post partum recovery and hopefully it will help someone who is currently pregnant. Let me just say that if you are in anyway squeamish or don’t like anything described in graphic detail, this post just aint’ for you!

1. Pooping aint’ pretty
One thing my Sister did tell me about was how your first poop after labour will feel like you are back in that room pushing a human out. Boy was she telling the truth, I had flash backs! I was literally terrified of going to the toilet, I thought my stitches were going to bust open at one point. The midwives tell you that, that is what it will feel like and not to worry. However they aren’t the ones that are worried their insides are going to fall out their ass. My advice is relax as much as you can and just let it happen.


2. Stock up on the largest pads you can find
Yet again, the bigger the better! By stock up, I mean, STOCK.UP. I took two packs to the hospital with me and had another 10 packs at home ready. In the beginning I wore two pads at once, it was like I was sitting on a bloody duvet! I aint’ gonna lie girls, it isn’t pretty in the slightest, but it’s got to be done.

3. You’ll cry..a lot
Hormones are a bitch! A ‘I am a horrific mother, my baby hates me and my foof feels like someone has shoved a hot poker in it’ kind of bitch. Eventually you’ll start to feel a little more normal and things won’t seem as crazy. If after a few weeks you still feel not completely yourself, make sure you speak to your midwife or health visitor. They are 100% there to help you and won’t judge you in any way shape or form.

4. Peeing yourself is the new norm
There are still days 10 weeks on, where I will cough and slightly pee myself. At first I was mortified, now..I just kind of shrug and accept that eventually I will have full control of my bladder again.


5. Stitches…
I had a forceps delivery and had to have an episiotomy where I bled quite a lot. They told me I had to have stitches and I was fine with that. I don’t know how many I ended up having but let me tell ya, it feels like I was stitched from front to back. The lesson I have learned is DO NOT LOOK. What you don’t know, won’t hurt you.


6. It will get better
As much as postpartum kicks ass and makes you feel like a fucked up Frankenstein..it does get better! Your belly will go (somewhat) back to normal, that line on your belly will disappear and you’ll (possibly) want to have sex again without the fear that your insides are going to fall out. It’s also completely, 100%, worth it!

I’ve asked some fellow mama’s to share their postpartum experiences!

“I still feel kicks at 17 months PP, that sounds crazy I know.. but I’m not joking. Before anyone says it, no I’m not pregnant again & no it’s not just gas – this definitely feels like a baby kicking from the inside, sometimes so strong that I find myself looking down at my stomach. I don’t know why it happens but it does & its definitely not something that I was warned about. It is understandable that after birth, it can take some time for all your body parts to move back to their original position as your uterus shrinks back to normal size but 17 months later, really? They say that having spent 9 months with a baby inside.. you start to become more aware of ‘normal’ feelings inside of your stomach however some theories also suggest that phantom kicks can also be caused by nerve memory”– Zoe @ Mummy & Liss.

“I wish I knew how much agony I would be in with the recovery. I cried so much for a couple of weeks because I was struggling to lift him or change his bum. The most I could do was sit and breastfeed but that got a little uncomfortable too and standing was a whole other ball game”– Claire @ Dear Mummy Bear.

“I wish i’d known that swollen ankles can last for months, not just a week or two like the doctor said ! Also the feeling that my insides were all moving about those first few days, walking too fast was horrible.”– Lydia (@lydiasparkles)

“The recovery period, I didn’t realise how hard it would be, how much everything would hurt. Also hair loss!”– Helen @ The Hels Project.

“Wish I had known about the night sweats and after pains! Oh and what it felt like when milk comes in, I thought I was having a heart attack!– Aime @ Mr P Baby & Me.

“I wish I had known that even months down the line, my scar would ache when it gets cold!”– Charlotte @ Cups of Charlotte.

“Leaky boobs and disposable breast pads just don’t do the job when you are flooding the place!” Jen @ Just Average Jen.

“The cluster feeds whilst breastfeeding that makes you super hungry, how your engorged boobs hurt and when you feel the let-down, prepare for a fountain!”– Rhiannon @ The Life Of Mummy Rhi

“The uterus contractions that happened every time I fed Oscar in that first week or so. They made me so queasy and I didn’t know they happened so it freaked me out!”– Lisa @ Mumma Scribbles.

“They tell you that SPD leaves the moment you have given birth but some days, I can hardly walk!”– Becca @ My Girls & Me.

TRADITIONS // Every year we add a new decoration t

CUP OF CHEER Tell you something, I’d be a whole

3 BOOKS ON MY DECEMBER TBR 💫 Do you plan out b

I made an order from @doughanimal on Thursday and