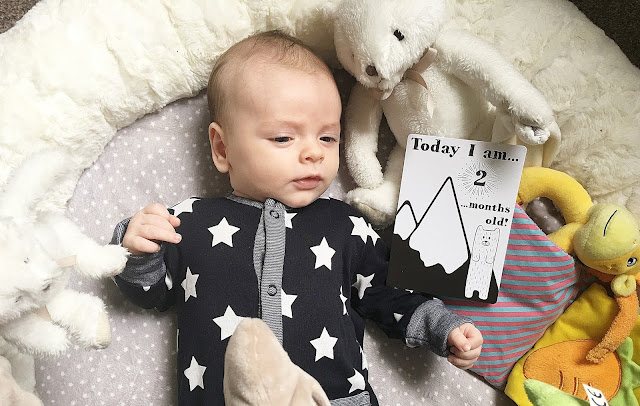 I can’t believe Teddy has been here for two months already! It has gone by so quickly yet I can’t remember life before him. What did we do with all our free time? What are lie-ins again? Where has my tiny newborn baby gone?!
He seems to have changed and grown so much over the past month, both in size and mentally! He seems to have gone from a tiny baby to a real little boy in the blink of an eye. Everyday his personality is really shining through, his cheeky personality and gorgeous smile are my absolute favourite thing! We have just about survived a huge developmental leap, where I honestly thought I was going to have a mental breakdown I am not gonna’ lie and also his first lot of jabs! I feel like this month we’ve finally found our feet and I don’t feel quite so overwhelmed by my tiny human.
He has been gaining weight quickly and has really filled out, his little face has become more rounded and he has little rolls, I just wanna’ squish him! He is such a smiley baby, especially first thing in the morning when we wake up. 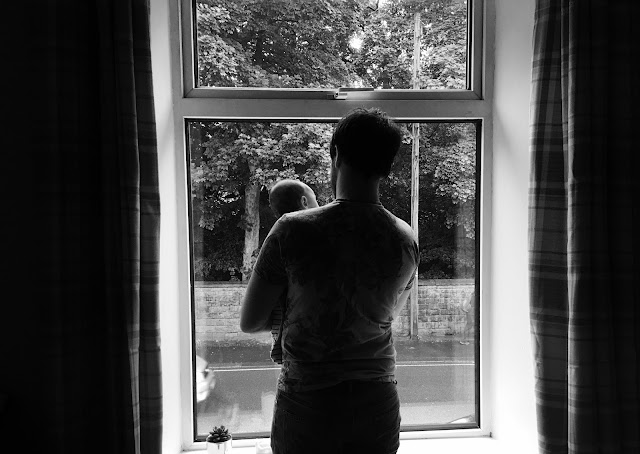 Teddy’s Second Month
Feeding:
Teddy is still exclusively breast fed, woohoo! I’m still really enjoying it and it would seem he is to. We actually introduced a bottle a couple of weeks ago with some expressed breast milk, just to see if he would take one and what he would make of it. I fed him myself first so he wasn’t starving and then got Aaron to give him the bottle. We actually only owned one bottle from MAM, that I got free as part of the Boots Parenting Club, as I didn’t see the point in buying loads when I was pregnant because; firstly I was planning on breastfeeding and secondly, because some babies are really fussy and will only take certain types of bottles.
He took to it like a champ! He did just play around with the teat for a little while but we expected that as obviously it’s a new texture for him but once he got the hang of it, he guzzled down 4oz that I had managed to express. We’ve been giving him a bottle a couple of times a week just to make sure that he definitely will take one and it wasn’t just a fluke the first time! We got him weighed last Tuesday and he weighed 12lb 5, the 75th percentile. I love our little chunk!
Sleeping:
Following on from last month when he would only sleep in our bed, we have actually made some progress! He now goes down in his crib from 10ish until his first feed which can vary depending what mood he’s in, usually around 1/1:30a.m, although one night last week he slept through until 4! After his feed, he decides he doesn’t actually like the crib and ends up in bed with us. It’s so nice to have those few hours of star fishing before I get my snuggly baby back who takes up more of the bed than we do! I’m not going to push him to sleep in his crib all night until he is ready to. As I said in his last update, that you can read here, there are worse things that could be happening than my little boy wanting night time cuddles! 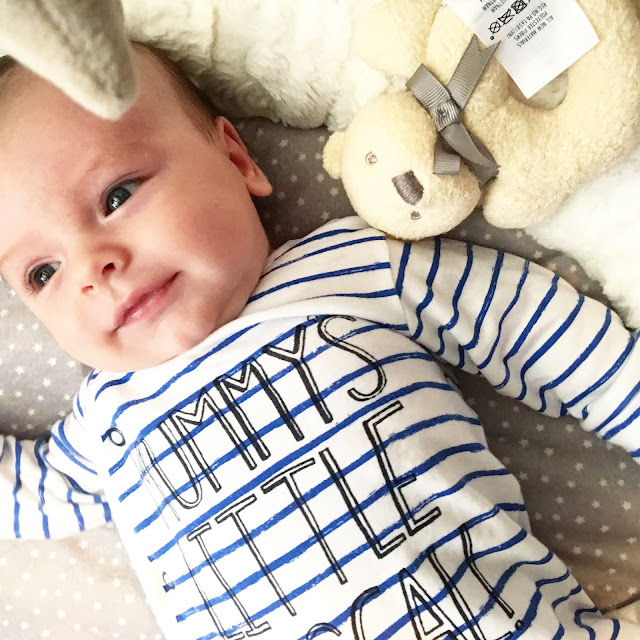 Teddy Loves:
His hand! He has finally discovered that he can suck his fist and if he isn’t feeding or sleeping, you’ll hear him chomping away on his little hand. It is unbelievably cute! He also loves being naked. He could be screaming his head off but as soon as you take his clothes and nappy off, he’ll instantly stop and turn into the happiest little boy again.

Sitting down when being held! If he is over tired or worked up, you have to stand up with him over your shoulder. It’s like he has a sensor as soon as your ass approaches a surface to sit down and he’ll instantly turn on the water works.

As sad as I am that the time is going so quickly, i’m also really excited to see what new and exciting things Teddy will learn and discover next!