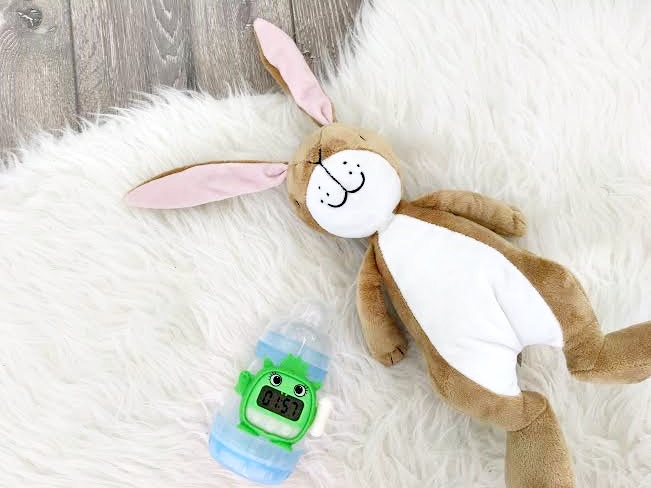 Teddy has been exclusively breastfed since he was born and as much as I absolutely love it, I aint gonna’ lie..my nipples could do with the occasional break. When Teddy turned 7 weeks old we decided to try him with a bottle of expressed milk, just to see if he would take it and what he would think. I am going to a concert in October and have a Christmas do planned in December, which I know are months away, but I really didn’t want to be panicking nearer the time about whether he would take a bottle or not. So we figured it wouldn’t hurt to introduce him to the idea of taking a bottle and get him used to it.

We only had one bottle that I received free with the Boots Parenting Club, which is a small MAM bottle and luckily Teddy has taken to it like a champ! The Health Visitor advised us to sit him up when we give him the bottle as it makes sure that he still has to work for the milk, like he would on the boob, rather than the milk just dripping into his mouth. 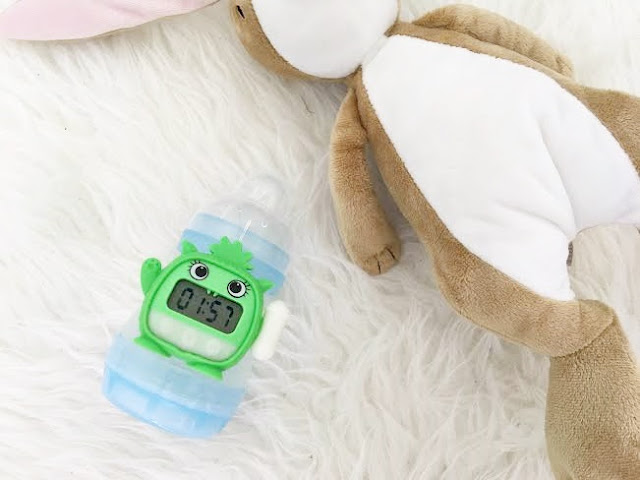 It wasn’t until looking into bottles and how they are made up, that I realised that milk for babies has a very short life span! Formula only being safe for 2-3 hours and breastmilk around 5-6 hours. The longer formula or breastmilk is left out, the nutritional value decreases and results in the increase of harmful bacteria. Life with a newborn baby is extremely hectic and it’s so easy to get caught up in the whirlwind going on around you, that keeping track of when your bottle was made is really the last thing on your mind!

The Milk Monster* is the perfect gadget for every parent! They are a group of four different coloured monsters (Piim, Tej, Susu & Meiko, all meaning milk in four different languages!) that attach to any bottle of any size using the rubber band attached to the outer shell. You can set the timer yourself to select the safe duration that suits your milk, as you know baby best and can take in all the important factors, e.g. the outside temperature or any vulnerabilities your baby has. 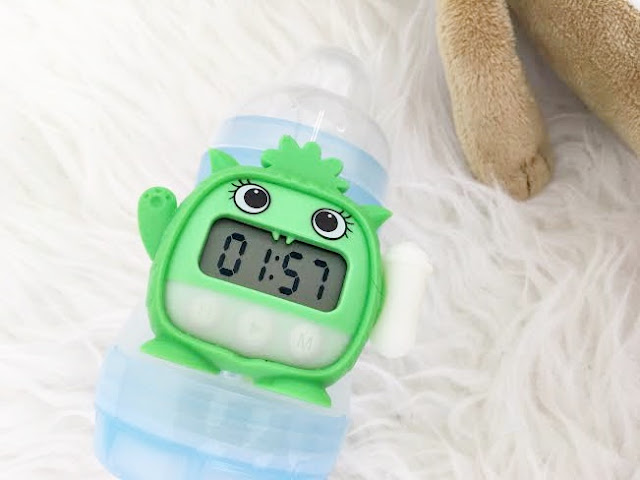 Throughout the night, I actually breastfeed as it’s much easier but on the Milk Monster there is also the useful feature of a glow-in-the-dark and backlit screen feature to help allow you to locate the bottle and read the timer in the dark. The fact that you can also put the outer shell in the dishwasher to clean is a life saver!

We absolutely love using our Milk Monster and will continue to use it on every bottle that Teddy has. It’s brilliant for ensuring that no milk goes to waste, because lets face it, pumping aint’ fun! Nothing pisses a breastfeeding mum off more than having all that good stuff in a bottle, only to have to throw it away because you can’t remember how long it has been out the fridge.

Do you pump or bottle feed? I’d love some tips!

AD | A CITY GUIDE TO MANCHESTER

Any cookies that may not be particularly necessary for the website to function and is used specifically to collect user personal data via analytics, ads, other embedded contents are termed as non-necessary cookies. It is mandatory to procure user consent prior to running these cookies on your website.