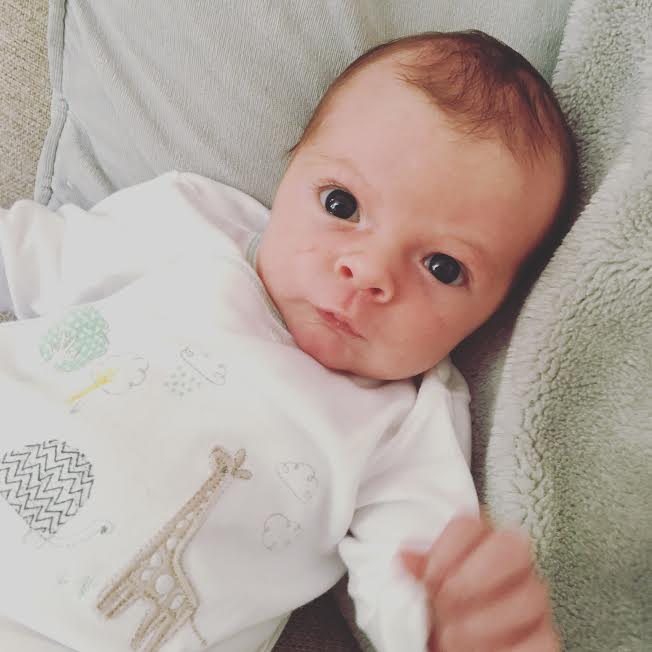 Teddy is now one month old and I honestly can’t believe how quick it has gone. It’s hard to remember a time when he wasn’t here. My first month of motherhood has had it’s ups and downs for sure. Don’t get me wrong I absolutely LOVE being a Mummy and wouldn’t change it for the world, but it is probably the hardest thing I have ever done. It feels like your life has gone from 0 to 100 in the blink of an eye. You are suddenly responsible for this tiny human being who is completely dependant on you! I know people say your life will never be the same but I just kind of shrugged it off, little did I know. One day last week I sat sobbing to Aaron whilst feeding Teddy for what felt like the hundredth time that day, just because I felt smothered and suddenly overwhelmed by how much our lives had actually changed. With that being said no matter how crappy I am feeling, just one look at our gorgeous little boy and I am hit with an overwhelming love and happiness.

When Teddy was born he really struggled to latch on which resulted in me having to hand express the colostrum and syringe it into his mouth. We stayed in hospital for two nights where we were visited by a breastfeeding support worker every three hours to encourage him to feed. I was so determined all through my pregnancy that I was going to breastfeed so when he wouldn’t latch on I remember feeling really upset and like our breastfeeding journey had ended before it had even begun! Little did I know, he was just being a lazy boy and suddenly at around 12 hours old, he latched straight on and he’s stayed there ever since..

Jokes. Although that is what it feels like sometimes!

He is now exclusively breastfed and loving life! We got him weighed last week at just over three weeks old and he weighed 9lb 8oz, (his birth weight was 7lb 11). The health visitor was really complimentary & told me what an amazing job I am doing! It gives you such a boost when you know your baby is gaining weight and feeding well. It’s hard when breastfeeding as you can’t judge how much milk they are getting, so hearing that he’s gaining lots of weight is just what I needed to hear for piece of mind! 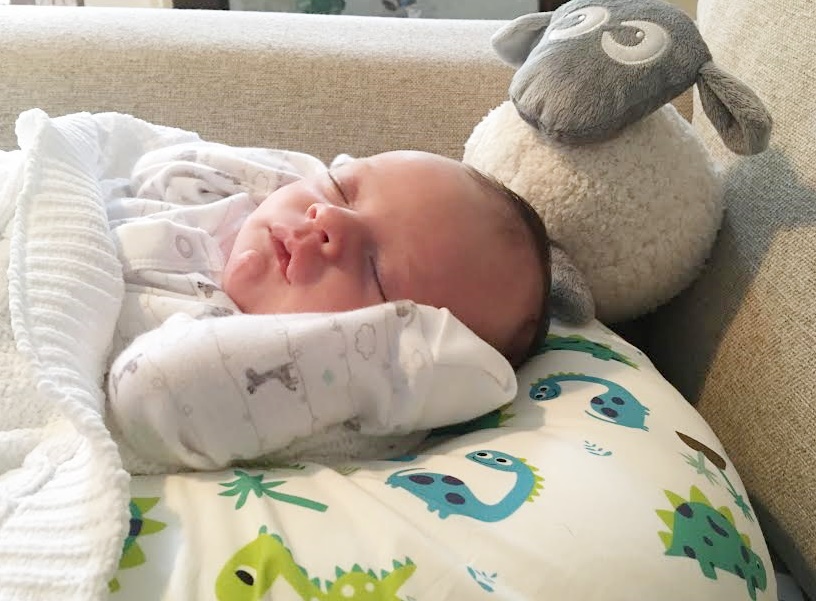 Sleeping was a struggle at first! He would only sleep in my arms during the day, throwing himself awake if we tried putting him in his moses basket! We eventually purchased a Poddle Pod on the recommendation of other mummies and my god! What a revelation. He now sleeps during the day like a little trooper, giving Mummy chance to do things around the house & write this blog post!
At night time he co-sleeps with us and I know it isn’t ideal & trust me it isn’t what we had planned for him. He has a lovely crib right there to use, but he spent the first week screaming for hours whilst we tried settling him, until finally falling asleep on me around 5 in the morning. I have done lots of research on co-sleeping and spoke to so many other Mums who are in the exact same position. I’ve had the obvious comments about it not being safe and how we’re making a rod for our own back. Fuck em’. Teddy is happy and sleeping 3 hours at a time, only waking for feeds, from 10 until around 8 (although one day last week he went back to sleep until 10 which resulted in a very happy Mummy and Daddy). We have just purchased a PurFlo Nest to use for an even safer co-sleeping experience and once he is used to it being in our bed, we will move in to his crib and fingers crossed he’ll begin to sleep in there. If he doesn’t, that is fine. There are worse things that could be happening than my little boy wanting to sleep with me! 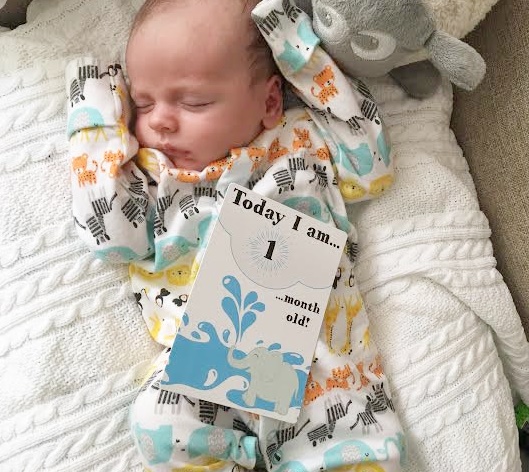 One of Teddy’s favourite things is his bath time! The first time we bathed him he screamed bloody murder and I have to admit, I never wanted to bath him again. We left it a few days and on my Sisters advice we made his bath water a little warmer than recommended (only by a few degrees) and he now absolutely loves it! He smiles away whilst having his hair washed and when we use a small jug to pour the warm water over his belly. We only bath him two times a week for the time being just to get him used to it and we don’t want to use too many products on his baby soft skin.

I took Teddy out in his pram around town and at first he was absolutely fine. Then suddenly something switched and he was screaming in the middle of Primark, until my Mum picked him up and he instantly stopped and went to sleep. Little bugger. He loves sleeping in his car seat and when that is attached to the pram he’s fine, but as soon as he is in his carry cot.. he hates it! I’m going to persevere and keep putting him in it, hoping he will get used to it.

10 Tips For Surviving An Overdue Pregnancy.

A Letter To My Baby's Daddy.