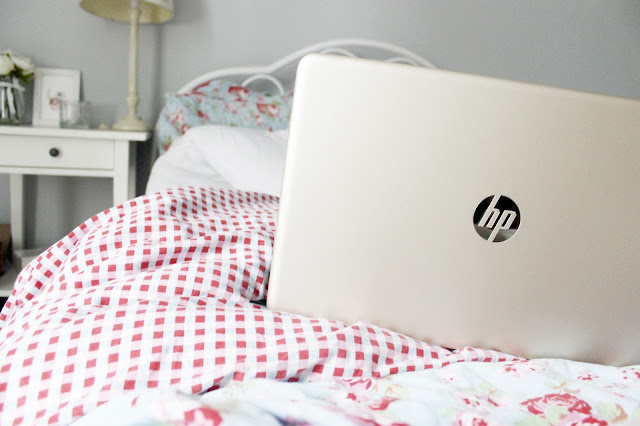 I’m not gonna lie. I spend the majority of my free time binge-watching tv programs online. Especially since being pregnant. I spent the majority of my first trimester in bed or lay on the sofa watching repeats or browsing for something new to watch. Now i’m in my third and final trimester (can I get a hell yess!?!) i’m back to doing the exact same. I spend all night tossing & turning, and all day lay on the sofa with my pregnancy cushion a.k.a the greatest invention.
I love the way you can completely lose yourself and switch off from everyday life, when watching TV. If i’m having a particularly *can’t be arsed doing anything, pregnancy sucks* kind of day, TV is exactly what I need.
I thought i’d put together a list of my all time favourite TV series or documentaries that are currently on Netflix.
1.Pretty Little Liars
I couldn’t list my favourite tv series and NOT mention PLL! This show has been a huge part of my life for the past…five years and unfortunately it all comes to an end this year (sobs uncontrollably) with it’s last 10 episodes! If you don’t already know, Pretty Little Liars follows the lives of a missing/dead girl and her four high school friends, who are harassed and stalked by the anonymous ‘A’. It follows all their dramas/relationships/fights/deaths. It’s effin brilliant.
2. Amanda Knox
I am a huge lover of anything ‘real life crime’. Whether that’s in book form, a film or in this case a documentary. This one off documentary focuses on the 2007 case in which Meredith Kercher was killed whilst studying in Italy and what makes this documentary so intriguing to me, is the huge part that Amanda Knox plays. Giving first time interviews and insights into her version of events. It had me completely hooked.
3. Shadowhunters
I am a HUGE fan of Cassandra Clare’s ‘The Mortal Instruments’ series and when I found out it was becoming a TV series (exclusive to Netflix) I honestly couldn’t wait. It’s basically a tv series about demon hunters. It can be slightly cheesy and the dialogue is sometimes a little cringe, but it’s perfect for when you just want to pig out in front of the telly, and not really have to concentrate 100% on what you are watching. Also..Magnus & Alec are life.
4. The People V O.J Simpson: American Crime Story
Another true life documentary that I really enjoyed! This series revolves around the infamous O.J Simpson murder case. I was only three when the actual crime took place so I don’t remember any of it and have only heard bits of information throughout the years, so I was completely gripped by this series. You get really sucked in and even though you know how the trial ends, you still can’t help but watch the verdict, holding your breath.
5. Gossip Girl
I’ve watched Gossip Girl for years and still miss it! I must have re-watched it via Netflix at least 4 times. Mainly to drool over Chuck Bass. I also like to channel my inner Blair Waldorf every now and then. This is the perfect series to completely lose your self in. A bunch of insanely rich, upper-east siders whose lives and secrets are constantly splashed over a website ‘Gossip Girl’ for everyone to see. What more could you want?
6. Me Before You
I fell head over heels in love with this book when I first read it about 4 years ago and when I heard it was being made into a film, I was a little sceptical. I had really high hopes, but low expectations. I was left really pleasantly surprised. Emilia Clarke and Sam Claflin were the perfect Lou & Will. There chemistry on screen completely mirrored the chemistry that was in the book. I know the film is never as good as the book, and where there were parts missing that I really wished they had managed to put in, I still really enjoyed the film! It is about a quadriplegic, Will, who was injured after a motorbike accident and is in need of a carer. Lou takes on the job after losing her and although she has no previous experience, Will’s mother loves her positive energy and really thinks she will help Will. I don’t want to spoil too much as it is better going in, now knowing much. I will tell you one thing though. You are gonna’ cry. A lot.

Pregnancy Diary: How To Get A Better Nights Sleep During Pregnancy.

Sixteen Things I Wish I'd Known About Being An Adult.

GROWING YOUR OWN HERB GARDEN