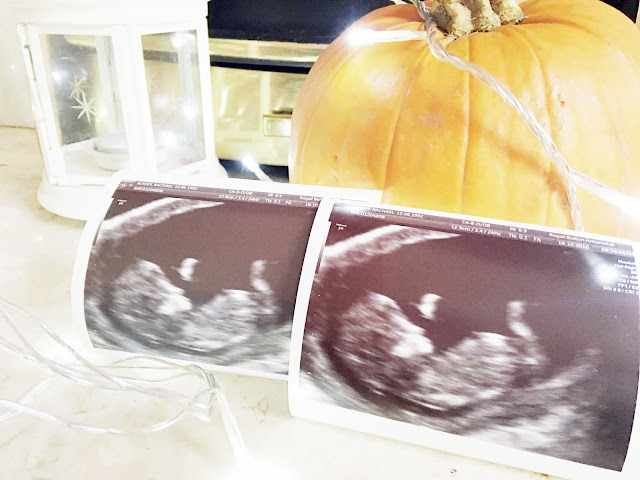 If you don’t follow me on Instagram or Twitter you will have missed the fact that last week I posted a extremely exciting and also slightly emotional announcement that myself and Aaron are having a baby!! We knew for quite a while before we decided to announce as we found out very early on and just decided to hold off until we’d had our first hospital scan so we knew that everything was okay and got our official due date.
The Trying-
We decided to start trying for a baby in around March/April time but decided to hold off the actual  ‘trying’ until after my Sister’s wedding in October. Oops. Unfortunately i’m not the most patient person and thought bugger it, we’ll just see what happens. We weren’t at it every day, much too Aarons dismay, just when the mood took us. I didn’t want to put loads of pressure on us and get really caught up in the ‘why is it not happening, what’s taking so long ect’ so just decided to roll with it and let nature take its course. What I didn’t expect was it to happen so soon!
I read that it can take roughly a year for people to conceive after being on the pill for as long as I had, 8 years, so I was fine with that and expected it take us a while. So on the 5th September when I saw those two lines, I was in complete shock! I had psyched myself up that it would probably be next year so the fact that it only took two months, I felt like my stomach was going to fall out my ass.
That Pregnancy Feeling and The Test-
I had a feeling for a couple of days that something was different. I can’t explain what it was, I just knew. My boobs were also absolutely killing me! I couldn’t lie on them, wear bras..NOTHING. This is also a symptom I get when i’m due to come on my period so I didn’t want to get my hopes up as I was only a couple of days late. I talked to Aaron about it but he kind of played it off and said it was probably just my period, I think he was trying to not get my hopes up although he admitted after we’d found out that he knew that night that something was different!
The next day I ran home from work, with a detour to the chemist, and instantly went to the bathroom. All the way home I was giving myself a pep talk that it would probably be negative and that was completely fine although I couldn’t help but get really excited at the idea of it being positive. I did the test, and I placed it on the floor in front of the toilet, turned around to get the loo roll and by the time I looked back, there were two glorious lines that completely changed my life. I can’t even describe the overwhelming feeling of love, with a hint of oh my fucking god. I instantly burst into tears and rang my Sister, who knew we’d been trying, I said I didn’t understand the test *no idea why the hell I said that* and that it must be wrong. She told me to breath and send her a picture of the test. She instantly texted back like “YES YOU ARE WAAAAA”.
Aaron was still at work for another 2 hours at the this point, and it was possibly the longest two hours of my entire life. I made a little note that said “You + Me = Three, Baby Cope Loading” a placed it on his bedside table with the tests on top. Not very creative but I couldn’t give a crap at the time. When he eventually came home he went straight upstairs to get changed, and like a chicken I ran into the bathroom, after a couple of minutes, he came out of the bedroom holding the note and the tests and just kept saying ‘Are you joking, this isn’t real, are you joking?” before laughing and giving me a huge hug.
We then went out and bought about 4 more tests including a Clear Blue Digital which tells you how many weeks you are. Within about 5 seconds it said PREGNANT, then a little 3+ appeared. I had no idea how far along I was as my cycle had been a little messed up the month before so that test is literally all I had to go off. I’m knew to this whole baby thing so I just rolled with it. I rang the midwife the next day and she put me at 8 weeks *which we now know was wrong, but due to my cycle we couldn’t be sure*
Frequently Asked Questions-
Due Date is the 5th May 2017, as I am writing this I am currently 12 + 3. We are NOT finding out the gender much to everyone’s disbelief, even the midwife did a little cheer when we said we weren’t going to be finding out. I am having the baby in our local hospital although the midwife did mention home birth, which just wasn’t for us and i’ll feel much more comfortable being in the hospital. The pregnancy apps I use are Ovia Pregnancy (I also used Ovia to track my periods and cycle) and Pregnancy+. I am planning on breastfeeding Baby C which I am really excited about, I know it’s going to be extremely hard but i’m going to give it my best shot!
Thank you so much for all your lovely comments and tweets when we announced. I really do appreciate it and feel so lucky to know such lovely people. If you are currently pregnant i’d love to know how you’re feeling and any tips or tricks you’ve picked up along the way.
xx

AD PR PRODUCT // One of my favourite things to do