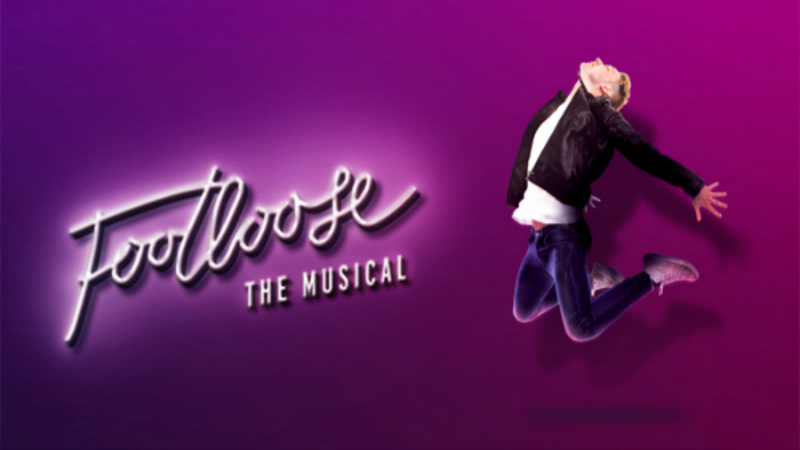 Yesterday my Mum & I travelled into Manchester to watch the much anticipated, Footloose The Musical, I was a little skeptical about it as I don’t usually like musicals that are based on films, but I left the theatre beyond pleased. I loved every single minute!
Considering Footloose is one of the most iconic films of the 80’s, I hate to admit that I haven’t actually watched it all the way through, I know I know, WTF RACHAEL!? In saying that, I do have to admit that the film’s soundtrack is one of my absolute favourites and has been for years. You don’t need to watch a movie to appreciate the music.
Firstly for those of you who don’t know, Footloose is about a city teenager named Ren, who moves from Chicago to a small town in which, as a result of the efforts of a local Minister, dancing and rock music have been banned.
The cast were all absolutely incredible, especially Gareth Gates who plays the lovely and slightly dim, Willard. He was amazing! He brought such good humour to the show and played the part so well. The audience was literally laughing out loud. Also, for all your lovely ladies out there, it all gets VERY exciting when Willard has his overalls ripped clean off his body, and you are left with a bare chested *rather dishy looking* Gates. Thank me later ladies. Thank me later..
One thing that really made this musical stand out to me is the fact that the majority of the cast all took turns in playing musical instruments, it was so refreshing to see and just goes to show what a talented bunch of people they all are.
I honestly can’t recommend the show enough! It is showing at Manchester’s Palace Theatre until Saturday the 19th March, before it carries on to its next location for the rest of the UK tour. There is a link for all the details on the tour & where it is travelling to here.
Do you like going to the theatre? What are your must see shows?

AD PR PRODUCT // One of my favourite things to do