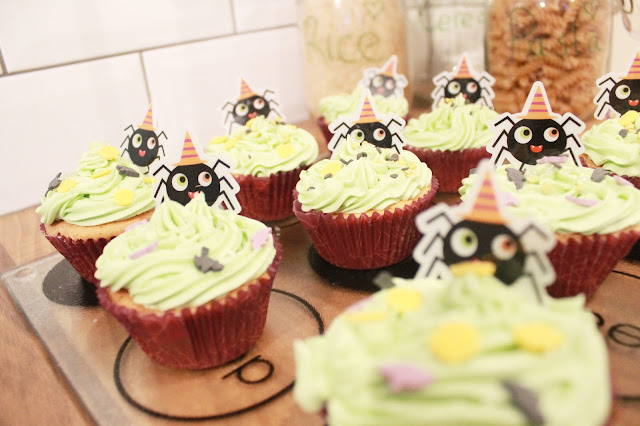 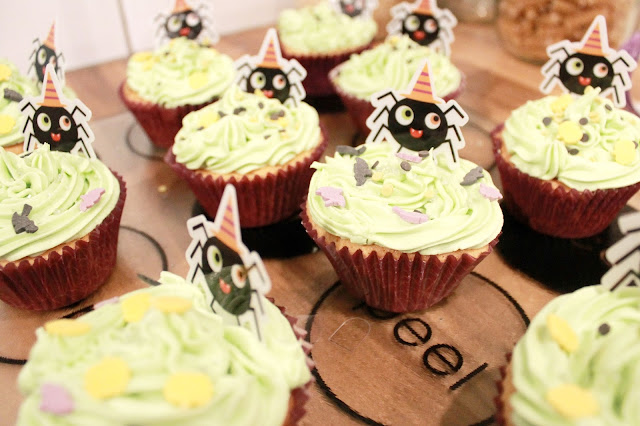 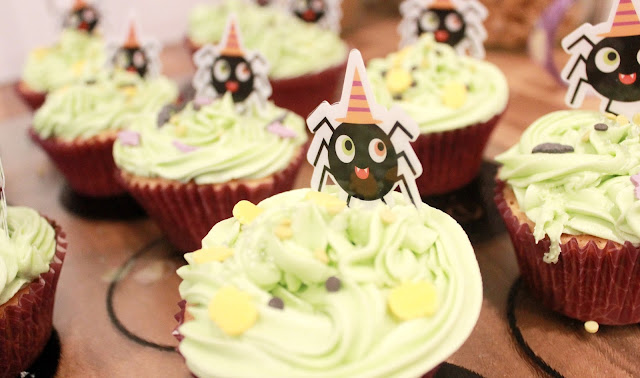 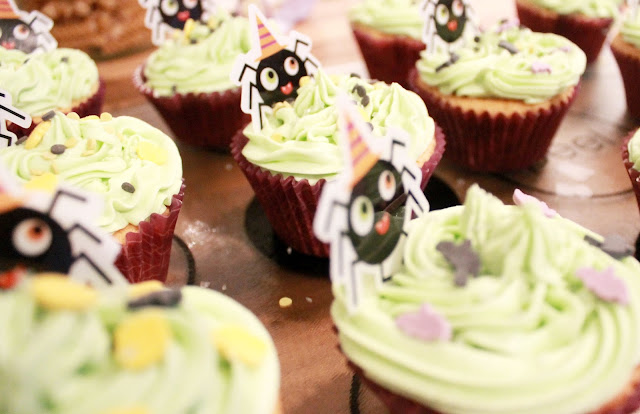 As I stated in my last post (earlier on today) I love Halloween!!
I also love food, particularly cake. Any cake, but mainly cupcakes. I don’t really need an excuse to make or eat them, but what better reason than a PAR-TAY!
I got a cute little cupcake case & spider toppers for Asda for £1, that’s right ONE WHOLE POUND. Can’t beat a good bloody bargain!
Vanilla Cupcakes:
Method:
Sieve your flour into a large mixing bowl, add the caster sugar, bicarbonate of soda, butter and eggs before whisking on a low speed for about 30 seconds, then a high speed for 1 minute.
Add the milk & vanilla extract before blasting the mixture on a quick speed for 30 seconds.
Spoon into your cupcake cases until they are about 1/3, 3/4 full. Put them in a pre-heated oven of 170 degrees for 22 minutes.
After 22 minutes check them with a cake tester, if the spike comes out clean, it means they are ready. Clever Eh?!!
Let them cool down.
Vanilla Buttercream:
Method:
Add your butter and HALF the caster sugar to a bowl and whisk on a slow speed, gradually adding the other half of the sugar. I learned the hard way that the icing sugar will go EVERYWHERE so be careful. Take your time mixing, the texture should be soft and fluffy.
Add the milk. then whisk again for 2 minutes, starting off at a slow speed before increasing gradually. Add the vanilla extract and more milk if you require. After the mixture is ready, I added a few gradual drops of food colouring until I had the colour I wanted. Don’t add too much to fast!
Once my cupcakes were cooled, I put my buttercream into a disposable plastic piping bar, with a 7 point nozzle in the end and started to pipe. Hold your piping bag vertical to your cake, starting in the centre squirt out your mixture, then go around that squirt building up slowly.
I then applied the spider toppers & a selection of Halloween themed sprinkles!
Ta-Da, that’s it! My cupcakes may not look professional and that appealing to the eye, but they look the part and taste delicious!
I hope you are all having a amazing Halloween, whatever you are doing!